It was one of those days when there was little doubt that that the flight plan could unfold with no weather constraints in route or altitude. It's what happens once the more settled weather arrives after the colder and cloudy winter months in Tasmania. Winter flying in Tasmania is often very good, especially with cold and calm days accompanied by good visibility. While a certain amount of flexibility can be needed for winter flying, there are often options. Hobart is the second driest capital city in Australia and the training area in the south-east of Tasmania at Ralphs Bay is probably one of the driest (and cloud-free) areas near Hobart. So there are often options close to Hobart.

Contingency plans were definitely not needed for this flight to St Helens. I was the first to arrive in the hangar and had the Cessna fueled pre-flighted and ready by 8:30am. The autopilot was unserviceable but this wasn't an issue. After departing from Cambridge, I tracked over the Tasman Highway to the northeast, then east of Brown Mountain. A small Lagoon, Hobbs Lagoon, provided the first useful navigation feature to check my track. Tooms Lake provided the next, more significant, feature. As I would be entering Class C airspace, I was given a squawk code (a unique transponder code) that allows Melbourne Centre to identify the aircraft on its radar, and I was asked to contact Melbourne Centre on the radio.

I tracked northeast passing Maria Island and then the spectacular Freycinet Peninsula. Further north, my track took me near the internationally recognised wetlands at Moulting Lagoon. The forests of the east then made way for the wide valleys of the St Pauls River and then the Fingal Valley where the South Esk River winds all the way around the extensive Ben Lomond Plateau before making its way to the Tamar Estuary in Launceston.

The township of St Marys (photo below) provides a prompt to be ready for the inbound radio call for St Helens. I had been monitoring the METAR (an automated weather service) to establish which would be the active runway at St Helens, and this was still difficult to pick. The wind didn't seem to favour either runway, but I was hoping that observing the windsock would confirm the runway. As it turned out, the windsock was blowing entirely perpendicular to the runway, so it was entirely crosswind. With hindsight, there is a lesson for me. If the wind is entirely crosswind and the active runway hasn't already been determined by existing traffic already in the circuit, the best choice would be the runway that takes you into wind on the base leg. This will give you a lot more time to stabilise your descent on base and help to avoid turning late on final. Unfortunately, I didn't think this through and chose the other runway. The two landing attempts were not successful. In retrospect, they seemed rushed and I ended up being high on both attempts. As the aircraft was due back, I had to curtail further attempts and headed back to Cambridge.

The return to Cambridge was all fine and I added a diversion to Oatlands (see photos of the township). From there, I was given clearance from Hobart Tower to track direct to Runway 12 at Cambridge. Always good to have practice at runway 12 as you can spend the colder months almost exclusively on runway 30 with the prevailing westerly winds. So that was a good day in the office and an enjoyable trip up the east coast of Tasmania with some useful experiences and lessons added to the mix. Comments, particularly the polite ones, are always welcomed. 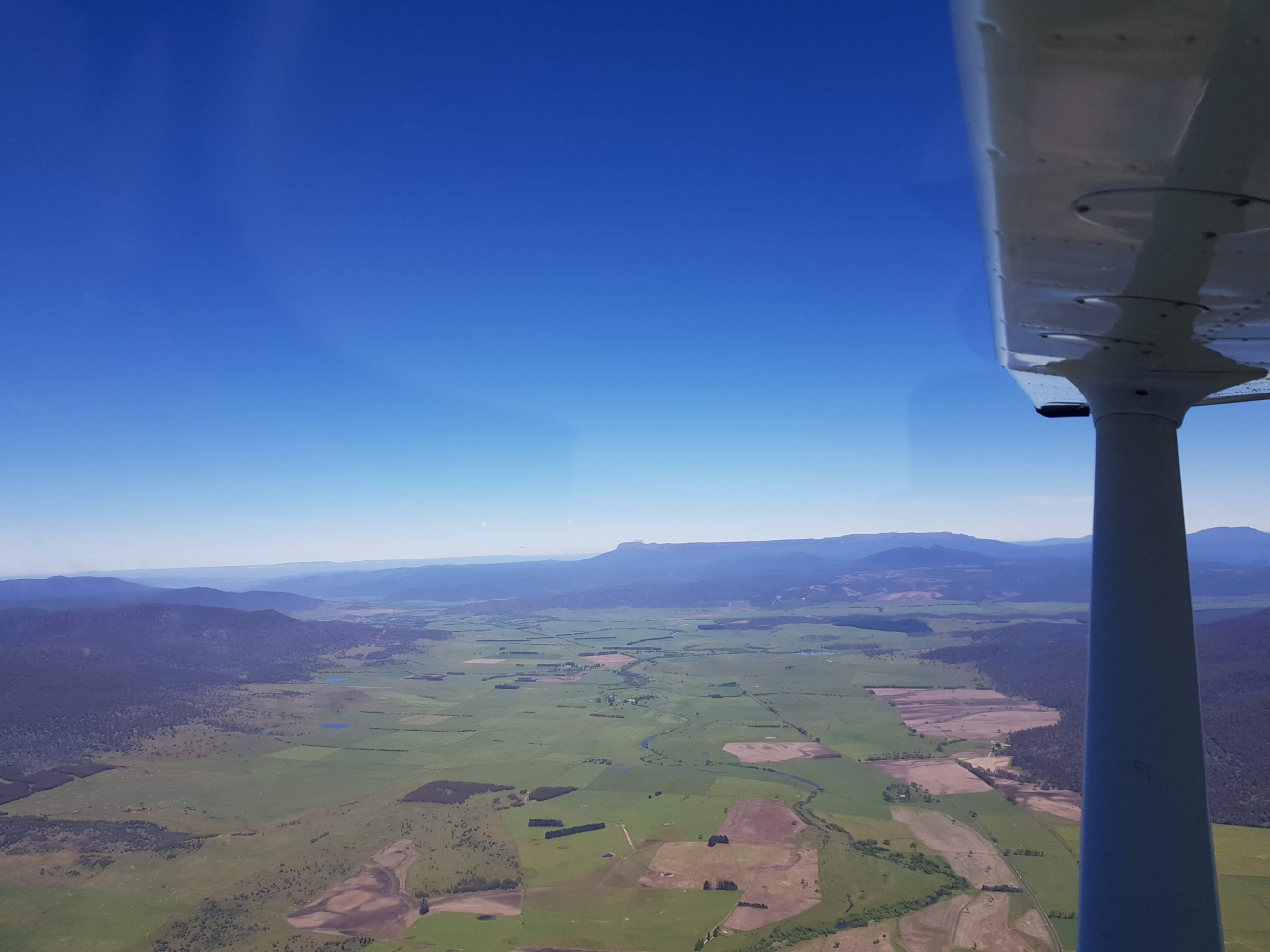 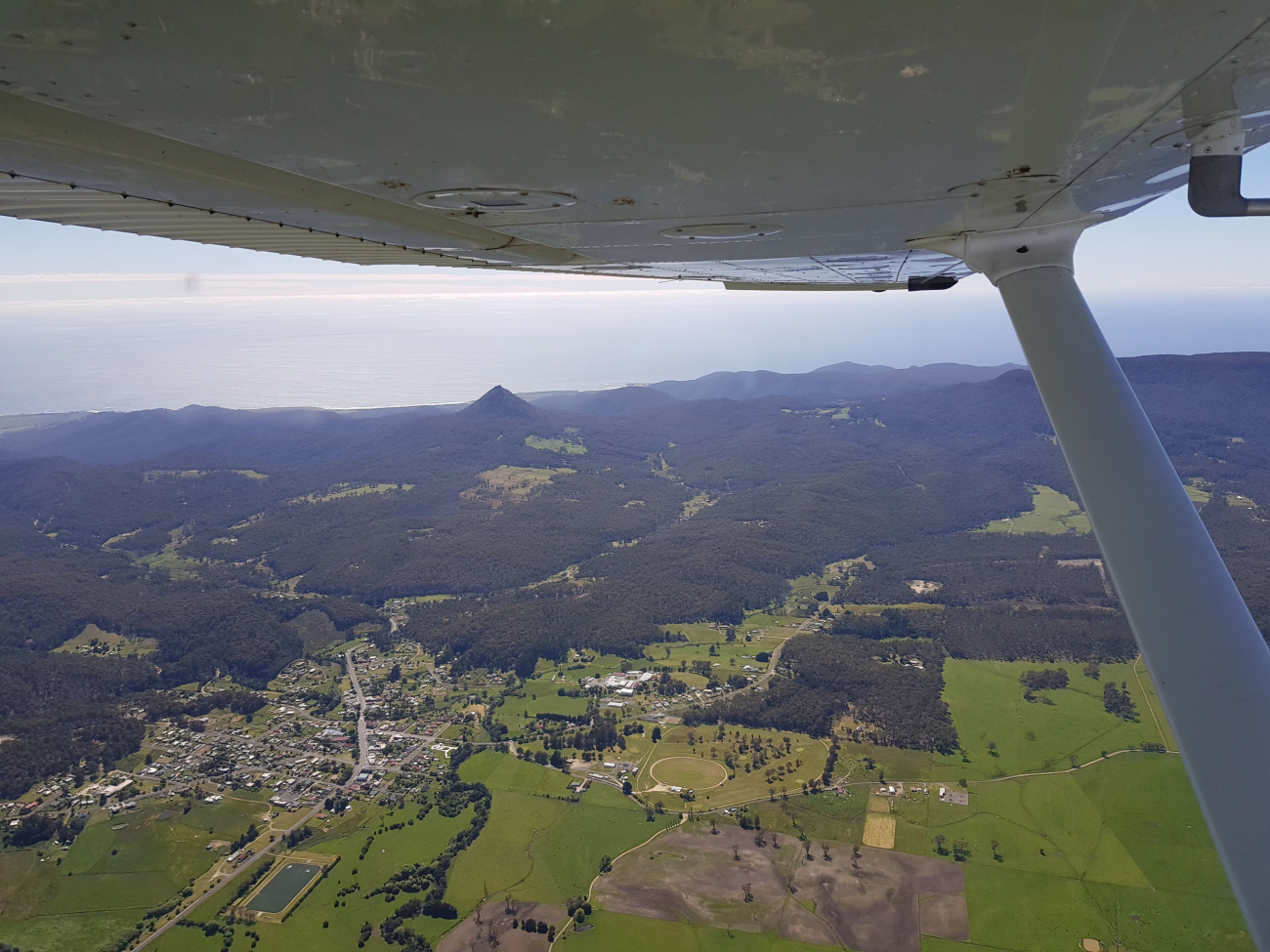 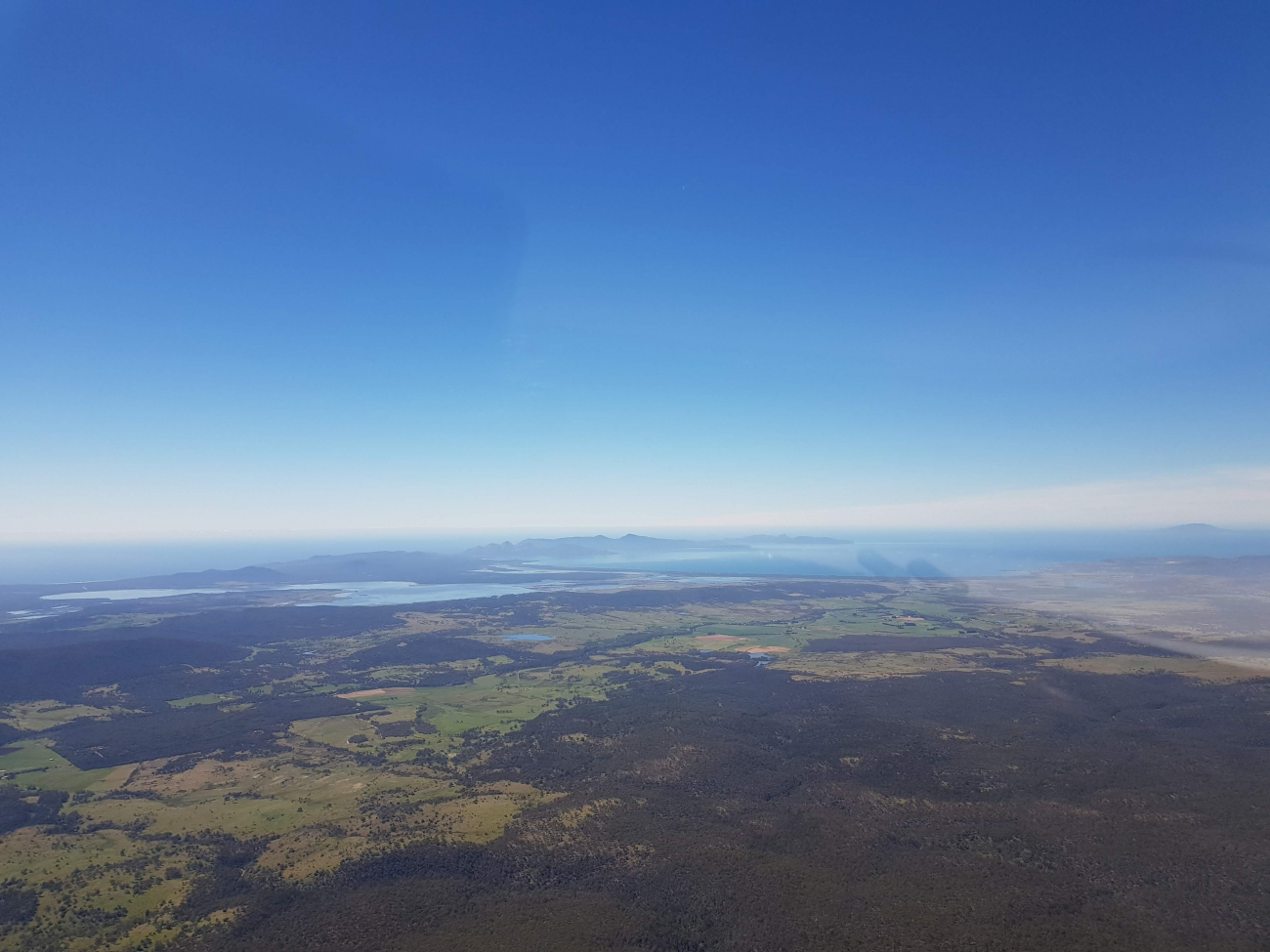 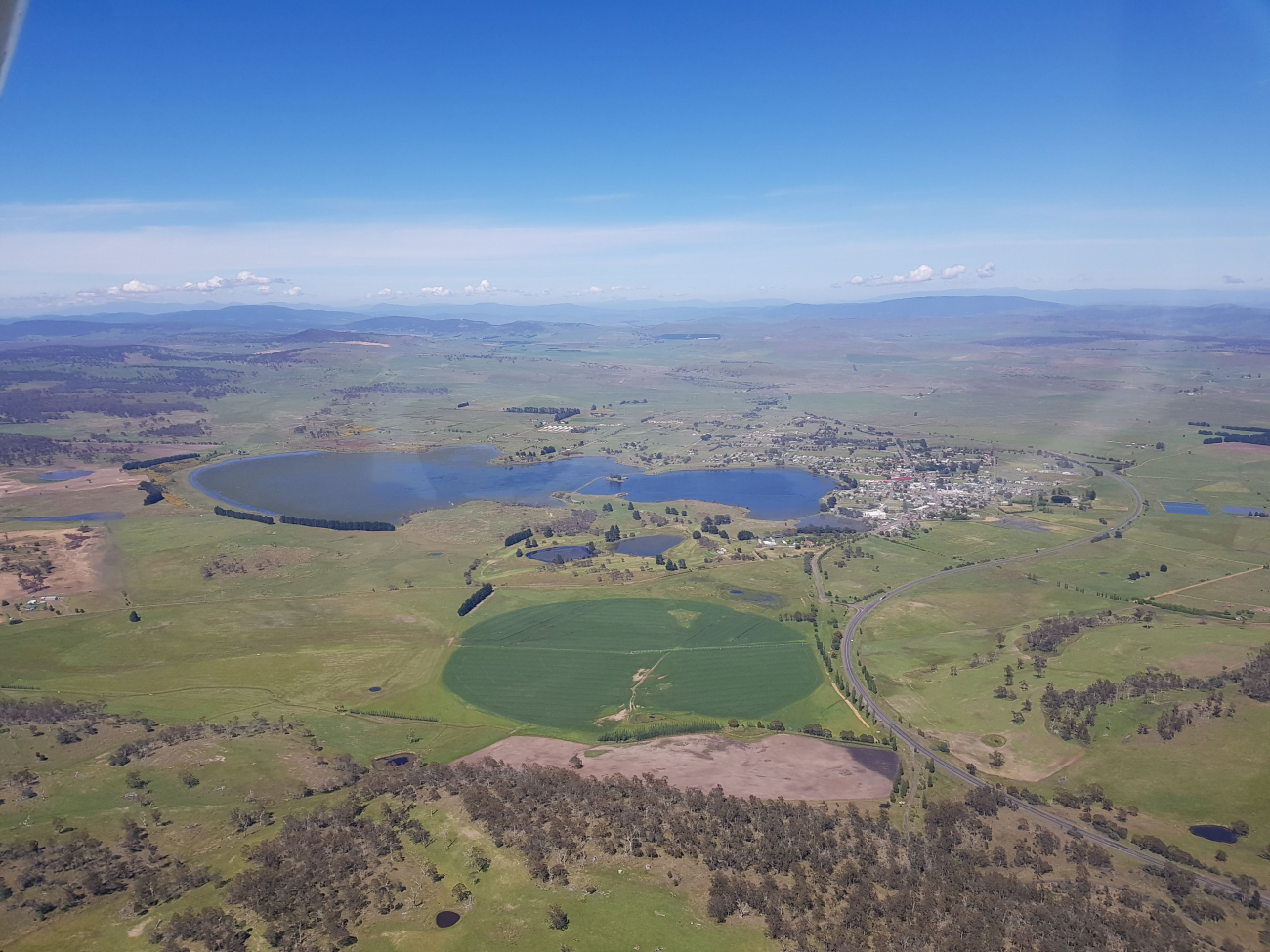 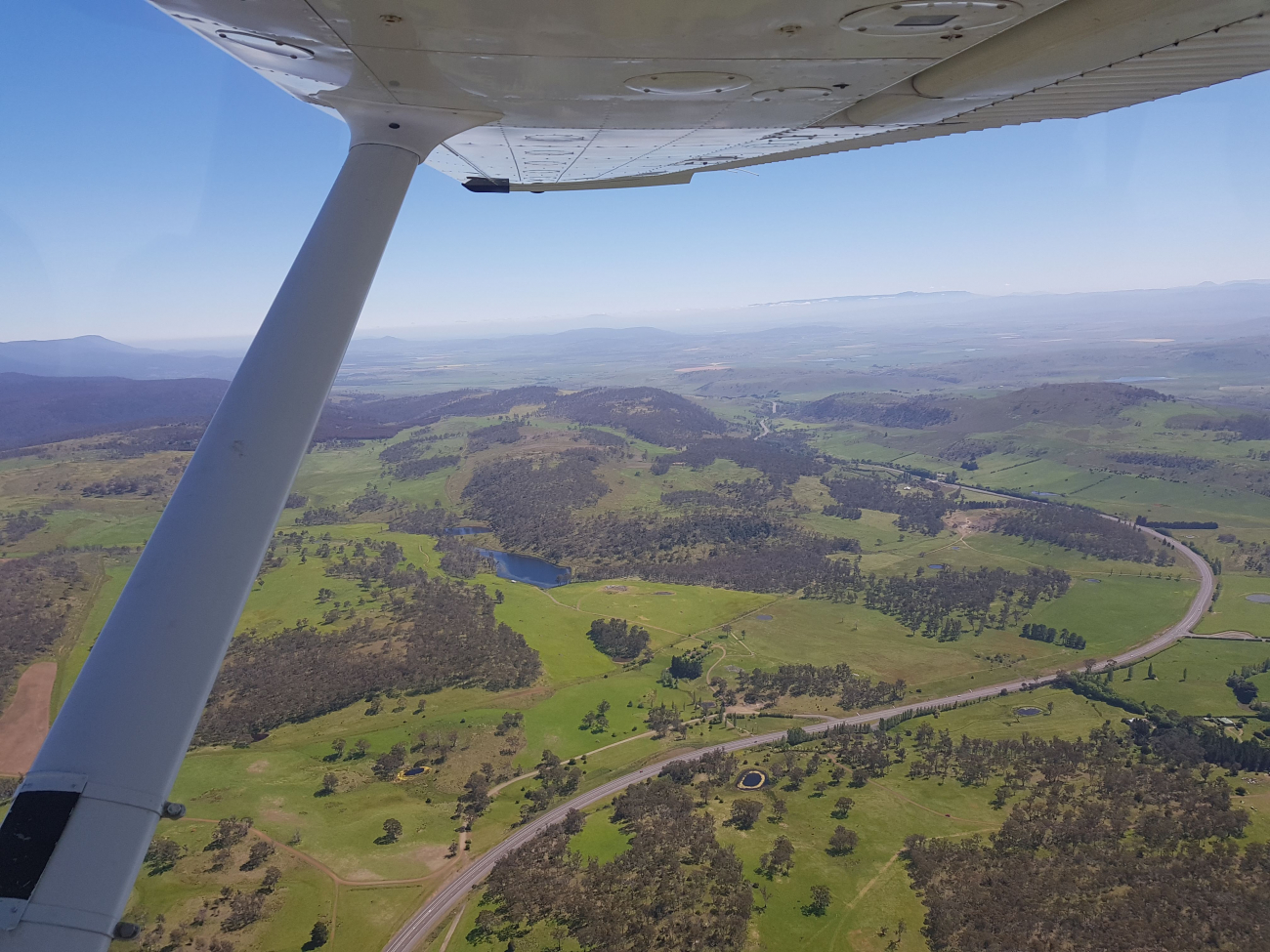