There are different views on a favourite navigation training flight in Tasmania, and there is no doubt we are spoilt for choice. Cambridge-Campbelltown-Swansea is excellent for the spectacular views of the Hazards on the Freycinet Peninsula and the changes in landscape from valleys to dense forest and the scenic east coast. The west coast and southwest have different challenges and rewards (see Valley Flying in Tasmania).

The flight across the Central Plateau to Devonport is also a favourite. This is a very rewarding flight, whether for pilot, sightseer or the sightseer pilot. I'm unashamedly in the latter category. Snow can occur across the Central Plateau during the winter months, which adds to the dramatic landscapes of lakes and peaks. Another highlight, irrespective of season, is the sensation of height experienced when you fly past the sheer drop-off at the northern end of the Central Plateau for the descent to Devonport. The dramatic change in terrain like this can alter height perception even for a pilot. As is the case when landing an aircraft, the solution is as simple as looking up to regain perspective. The flight to Devonport also offers the invaluable experiences of radio calls and circuit joins in a (sometimes) busy non-controlled airport.

Our flight plan had us departing Cambridge climbing west of Richmond and Campania then overhead Table Mountain, Woods Lake, Arthurs Lake, Quamby Bluff and descending overhead Deloraine. The forecast for the day was excellent for wind, but only marginal for cloud cover. We had broken cloud at 6500' but cloud gaps gave ample opportunity for the required position fixes. Above the cloud at 7500', the flying was smooth with good visibility to the north, showing gaps in the cloud to allow our descent to Devonport. Chief Pilot and Instructor Kayle took some photos during the flight (see below).

I was hoping for a glimpse of Table Mountain as I had just read about the geology of these mountains in Keith Corbett's book, 'Child of Gondwana: The Geological Making of Tasmania'. Plateaus like Mt Wellington and Table Mountain were formed through intrusion of dolerite through layers of mudstone and sandstone in the Jurassic Period (~ 180 million years ago). Erosion over the millenia removed the overlaying sandstone to leave the the characteristic flat 'table-like' mountains behind. Table Mountain was hidden, however, under its own cloth of cloud. We did see the Lagoon of Islands, which has its own unique ecological history of floating islands of vegetation.

The weather at Devonport was perfect, much better than forecast, and with the an added bonus - while we shared the good weather we had the runway to ourselves! Joining the circuit for the main runway 06/24 is straightforward insomuch as the active side is always over the water at Devonport. The wind was variable but favoured runway 24, so we joined midfield crosswind for runway 24. Despite being fore-warned by Kayle, it is easy to fall into the mistakes caused by changes in perception that can occur when transitioning from a smaller and narrow runway to a runway of generous dimensions. The circuits at Devonport were respectable, although I certainly wanted to experience far more of the very generous runway than I needed to. One doesn't really need to use half of the runway at Devonport when in a Cessna 172!

The leg to Launceston is very short, requiring a radio call soon after departure for clearance to Launceston airspace. Again, beautiful flying weather. We kept a lookout for the sheds and hangars that point to the location of the airport. The runway itself is tucked behind the contours from this side so other indications of its presence are needed. Then onward for our final leg to Cambridge (Hobart). Our altitude was half that of the northern leg as we tracked south to Cambridge. Some navigation corrections were needed for drift, which was followed by VOR practice nearing our approach (very high frequency omni-directional range (VOR) is a short-range radio navigation system for aircraft to determine position and course by receiving radio signals from fixed ground radio beacons).

The Cambridge to Devonport flight path is also recommended as it is east of Great Lake and well away from National Parks including Walls of Jerusalem and Cradle Mountain National Park. The Vale is an excellent private airstrip to the north-west of the Central Plateau near Mt Roland (see map), while to the north-east near Cressy is Longdown.

We certainly have to count our lucky stars to live in an island like Tasmania. Thanks to Kayle and all the staff at Par Avion. 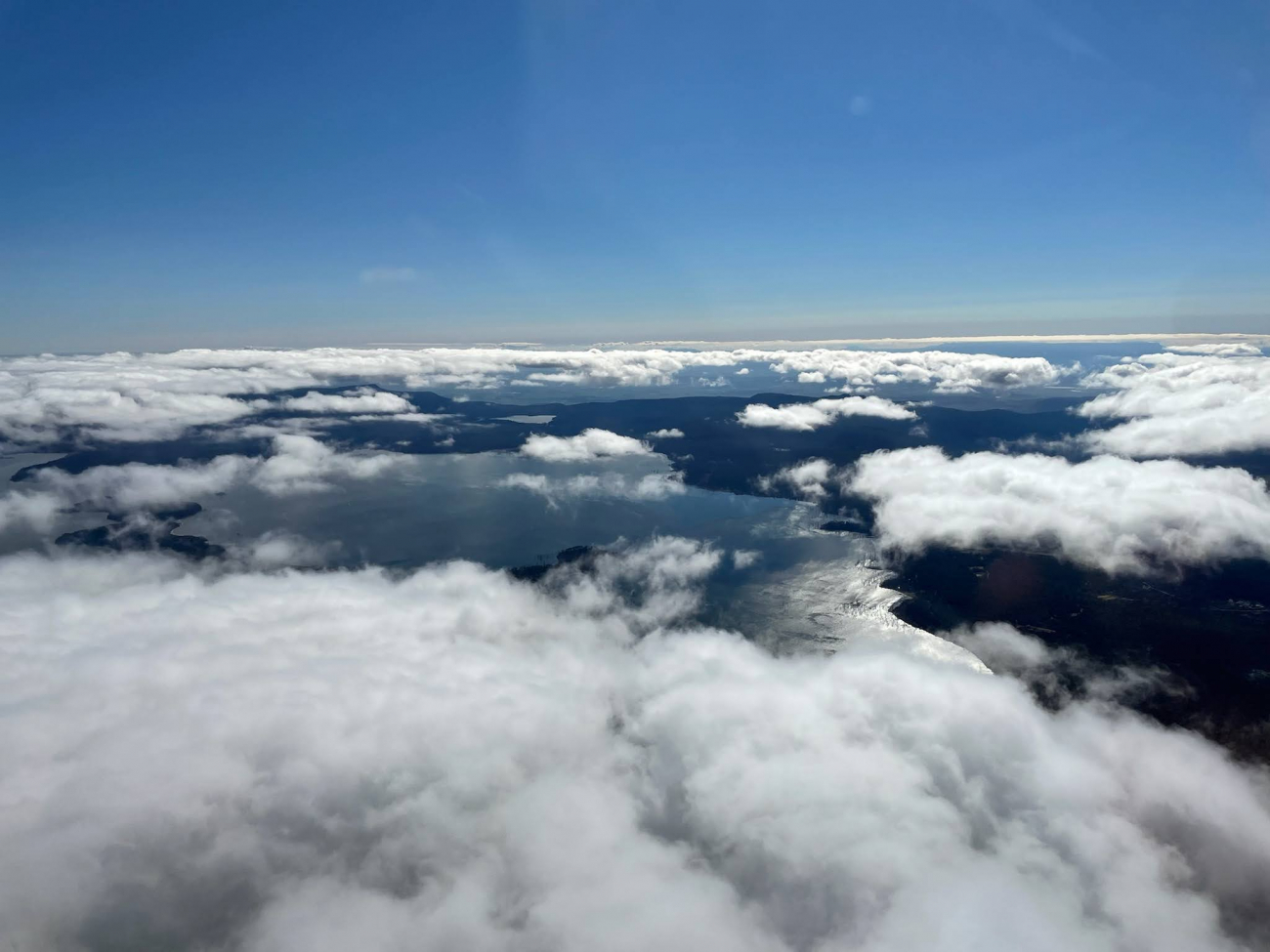 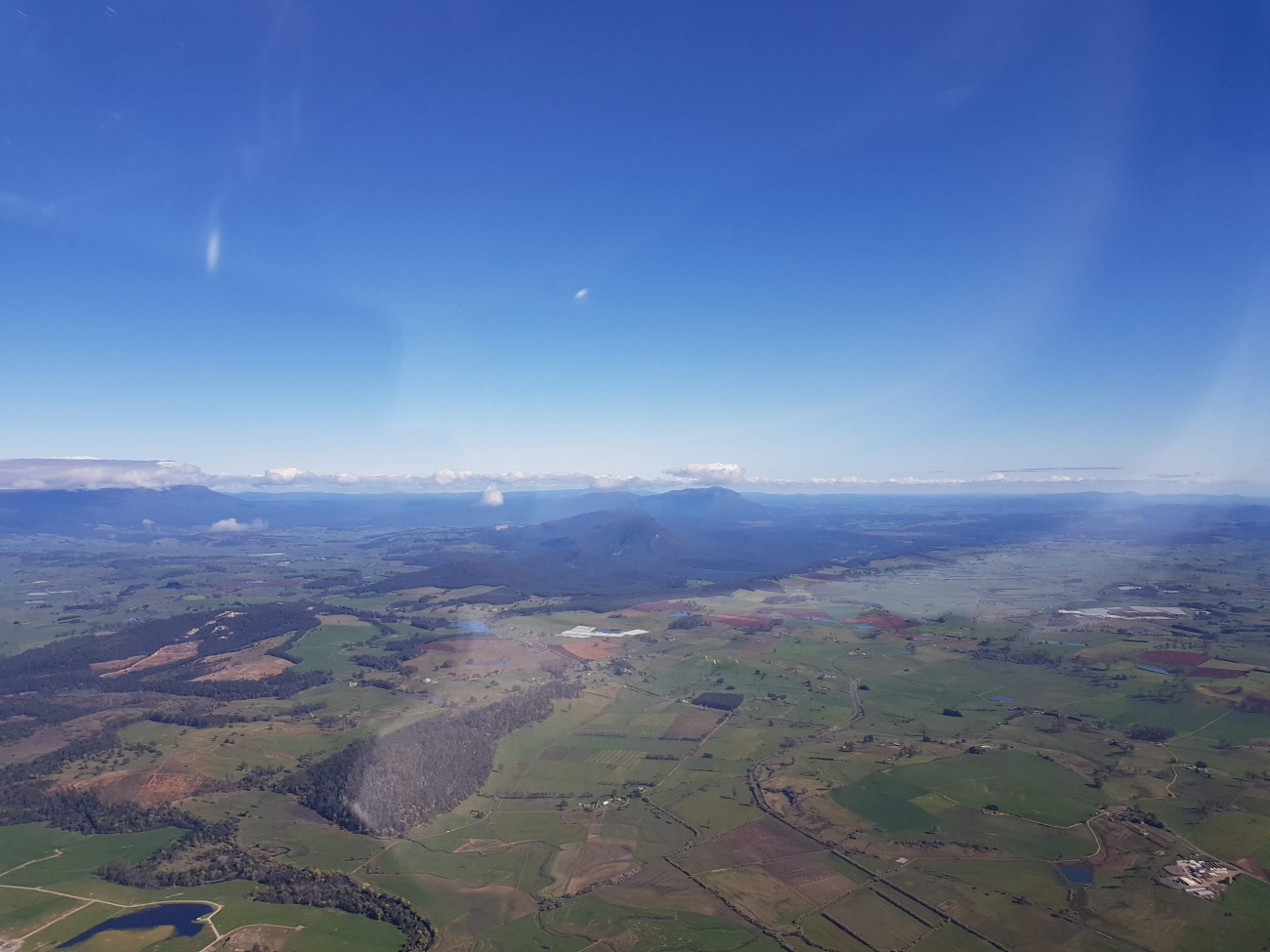