I'm sure there are other pilots out there who also enjoy kayaking or canoeing for recreation and, for these people, the similarities between the behaviour of an aircraft and a kayak will be familiar. They are similarities that relate to how these 'craft' and their human pilots interact in a 'fluid' medium.

I enjoy paddling a kayak designed by Valley kayaks. It was designed with the intention of crossing the English Channel in as fast as possible time, although my kayak isn't put to such extreme tests. More typically it is taken on outings on the River Derwent in Hobart. Hobart is windy though, perhaps having this in common with the English Channel. If my kayak underwent a metamorphosis into an aircraft, it might be something a Pilistrel Panthera or a Cirrus SR22. Like these aircraft my kayak is sleek and streamlined; unlike these aircraft my kayak is economical to buy, cheap to run, and uncomfortable to sit in. A lambs wool seat cover is absolutely a worthwhile extra for this kayak.

A kayak, as with an aircraft, likes going into the wind. In these conditions, the somewhat twitchy hull feels balanced and paddling is a pleasure. Once the wind is on the beam it is a different story though, and the kayak will always weathervane into the wind. For an interesting explanation on kayak weathervaning, there is this great article in Superior Paddling. In summary, weathervaning is due to the different effects of abeam winds on bow and stern pressure zones. In an aircraft, the tailplane is probably the greater contributor to the turning force into the wind. It is an interesting question though: in a hypothetical aircraft without a tailplane, would an aircraft still weathervane into the wind? The kayak analogy suggests that it would.

As is the case when landing in crosswinds requiring aileron deflection into the wind and rudder to align with the runway, a kayak needs to be rolled on the longitudinal axis into the wind, which reduces the surface area exposed to crosswinds. The secondary effect of the roll into the wind in a kayak is also a yaw, somewhat similar to secondary effects in an aircraft. The yaw happens due to the change of the shape of the kayak exposed to the flow of water. The rudder on a kayak also provides a turning force to counteract the yaw into the wind. Like an aircraft, the rudder is not used to steer: the roll on the longitudinal axis is the closest analogy to 'steering'.

The functional crosswind limit in an aircraft relates to the surface area of the tailplane - my kayak also has a crosswind limit. it has a ridiculously small rudder for its very long waterline length, so it becomes difficult to paddle in strong crosswinds and harder again with crosswind combined with choppy conditions. It reaches a limit to the turning moment of the rudder. A more extreme into wind roll is effective up to a point but it becomes difficult and tiring to paddle on a slope!

Some surf skis and kayaks have a fixed skeg combined with a rudder. This is remarkably similar to the aircraft design of a fixed tailplane and a rudder. The variety of adaptations in kayaks to yaw stability is extensive, including skegs with no rudder, retractable skegs and retractable rudders. The other method the paddler can use to control movement into the wind is through changing the paddle motion, such as by using a sweep stroke on the opposite (downwind) side.

So next time you're paddling with a wind on the beam of your boat, think about how close the techniques are when landing an aircraft: the common factor being controlling the lateral forces. The big difference is of course the flare or round-out, which is the number one priority when landing, followed by rudder and aileron. 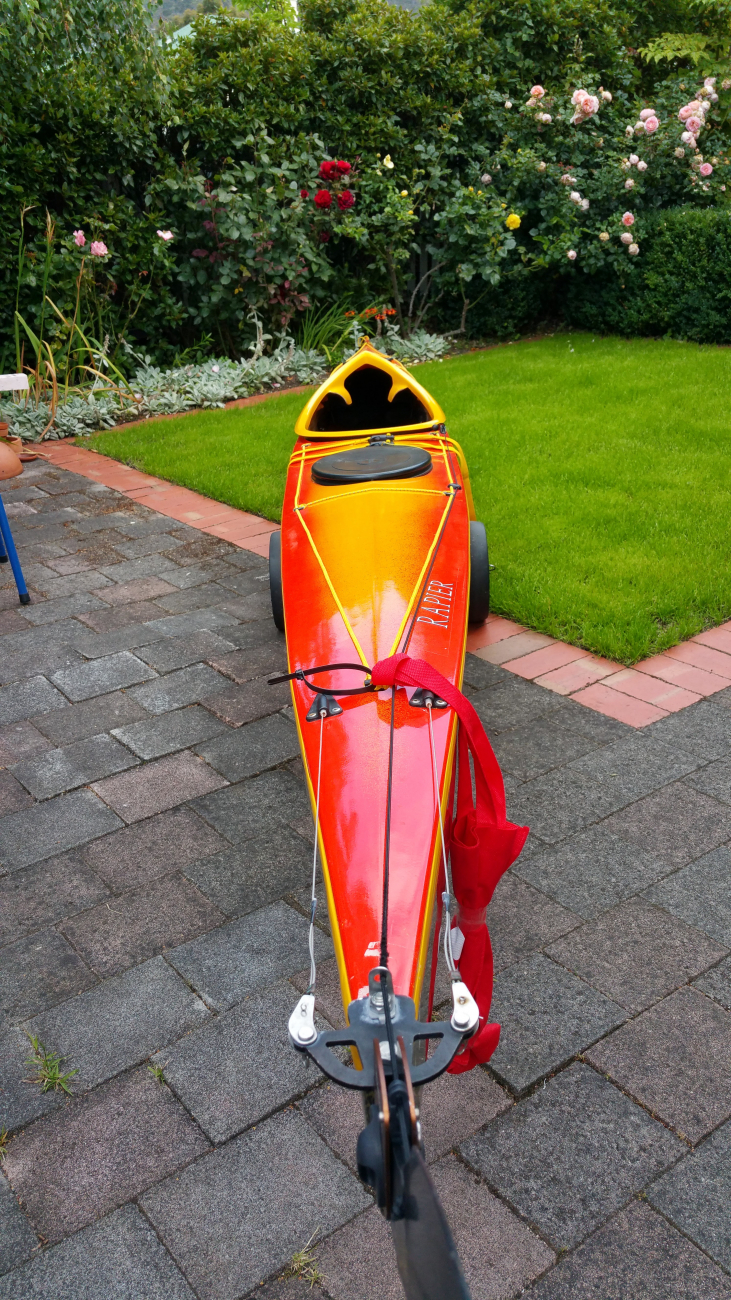