Our flight plan was to track direct from Cambridge (Hobart) to Launceston at 4500ft. It was a surprise that the day unfolded with a flight to the very opposite end of Tasmania, the south coast. After our initial diversion around thickening cloud at our cruise altitude, we decided that the broken cloud would prevent our VFR flight to Launceston. We diverted to Little Swanport on Tasmania's east coast, and then on to a practice short field landing at Darlington, on Maria Island. Maria Island is an absolute gem with abundant and diverse wildlife, a fascinating history, and spectacular bushwalks to Bishop and Clark and Mt Maria. We had ideal conditions for our landing on RWY 05, and we were greeted with a wombat and joey beside the landing area.

We set our heading to return to Cambridge. Then, in the middle of a simulated engine failure (as a sign of what was to unfold) my instructor and Par Avion Chief Pilot, Kayle, received the call that we were asked to assist with a search for a light aircraft. The aircraft had experienced mechanical problems and had landed at Prion Beach. Flight endurance was checked, the clearances were obtained from Hobart Tower, and we commenced our track via Hobart to Prion Beach. We climbed to 7500ft both to avoid cloud and to assist in our role in providing communications support, largely between the rescue helicopter now on the beach and search and rescue coordination. My role was easy, just fly the plane, while Kayle juggled communications between the intermittent mobile phone coverage and radio comms. Bluetooth headsets have a great role to play in modern aviation.

Prion Beach is a wild and remote part of southern Tasmania. It is roughly halfway along the South Coast Track between Melaleuca (Bathurst Harbour) and the end of the walk at Cockle Creek. The sands where the aircraft landed are ancient. They have built up since the last glaciation due to the strong prevailing westerly winds. Hikers know the location well as nearby is the dinghy crossing of New River Lagoon, which is at the base of Precipitous Bluff.

We arrived at our destination still at about 7000ft and we were soon very pleased to hear that the aircraft had been located and that all were safe and well. By the next day the plane had been retrieved by Tasmania's Helicopter Resources and was shortly to be on its way again. It was the best possible outcome in the circumstances.

The experience of the day highlights the many rewards (and some of the risks) of flying in Tasmania. The landscapes are spectacular and diverse, and Tasmania is one of the most mountainous islands on Earth (not necessarily in terms of height, but certainly in terms of the number of mountains). It is also important to be aware of the remoteness. Fewer aircraft also means that you may well be asked to help with search support, and instructors with Par Avion recount that it happens on occasions. For me, it was my second search exercise as a student pilot. The first didn't have the same urgency; it was trying to help a farmer to locate a flock of missing sheep near Miena on the Central Plateau. While we didn't have any success that day, it is always rewarding to have another mission on top of the fundamental one of learning how to become a better pilot. 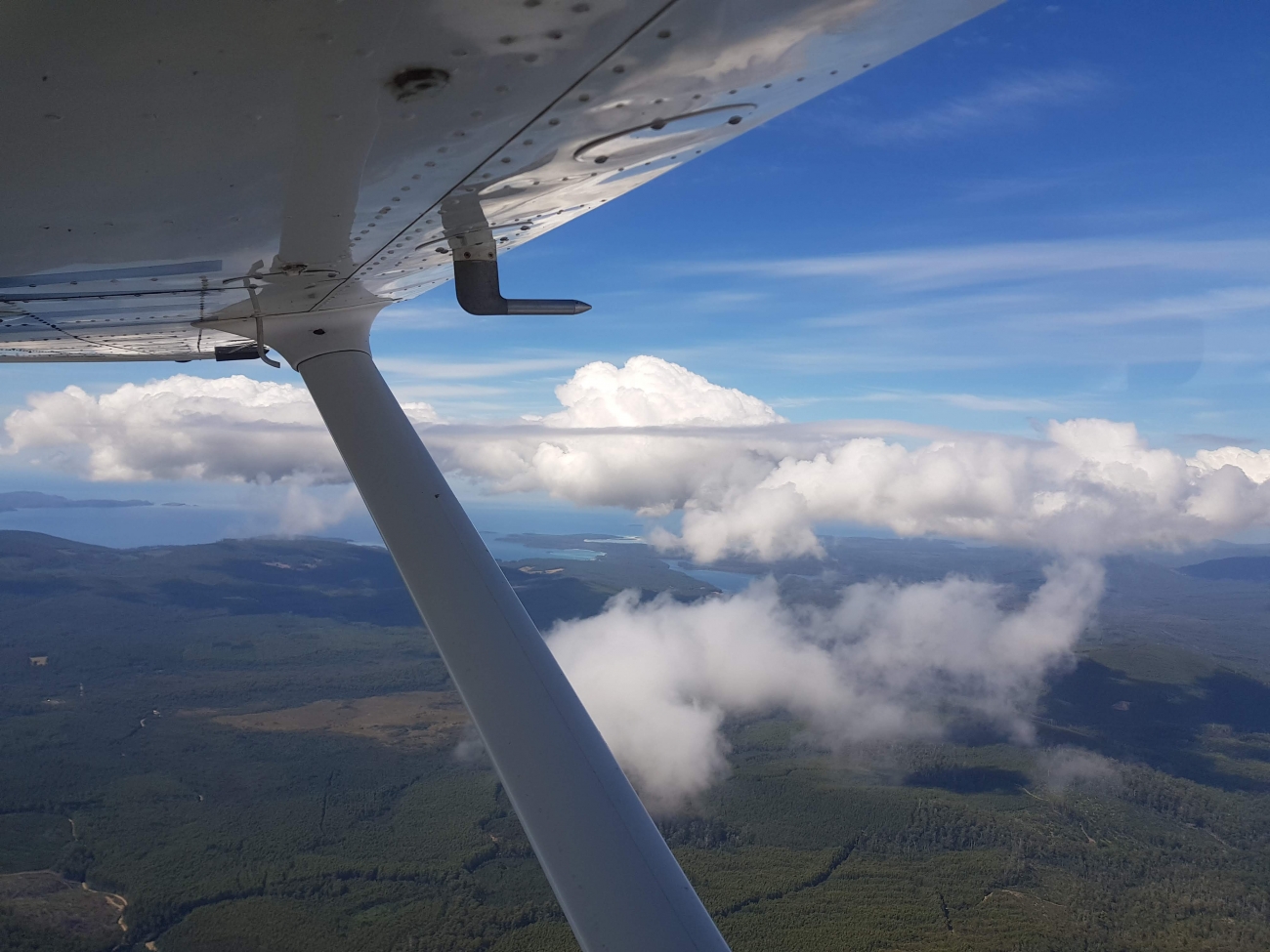 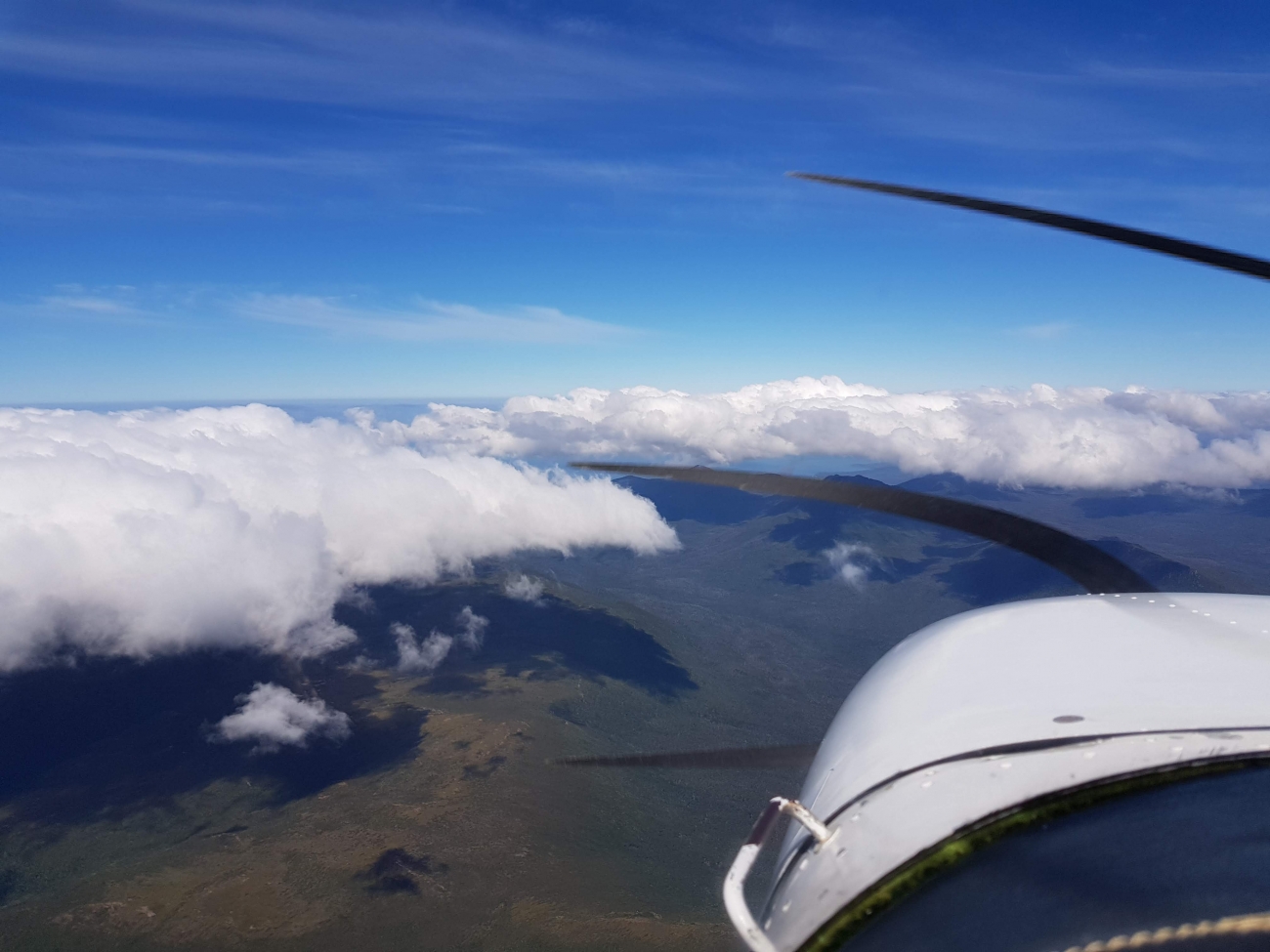